SUBOTICA’S OWN NINA ĆUJIĆ FOR THE MAGLOČISTAČ PORTAL FROM THE USA: AMIT, HAPPY BIRTHDAY! 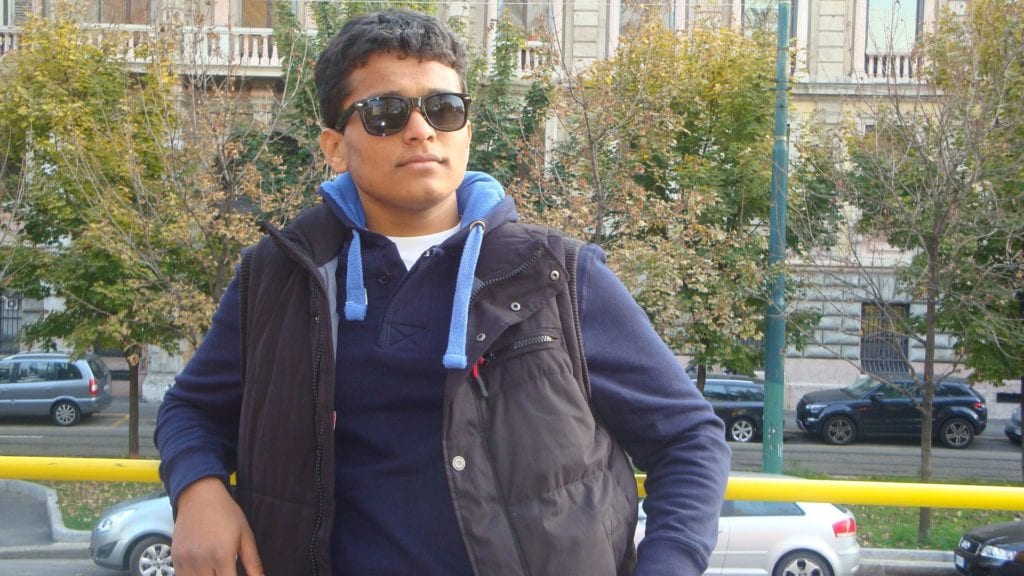 Amit does not give up on his dream to one day open his own restaurant. He has realized that if he really wants to be successful in this job, he has got to, first of all, look after the guests – it is important how they feel, it is not just about their money

Where do these stories stem from? From a town which is divided from Subotica by Europe, the Atlantic ocean and the whole of The USA, and then just before the Pacific you take a turn to the south, towards Las Vegas. There, in Utah, in the Empire Avenue street.

Not long ago (25. June) we celebrated Amit’s 24th birthday. We made a huge party, invited all the tenants and it was wonderful!

Amit Ghorpade was born and was educated in India (Pune, Maharashtra). He graduated hospitality management. During his studies, he did his six-month professional cook practice in Hamburg. German work ethic has taught him the discipline and punctuality. Once, when he was five minutes late for work, he made his boss very angry and then he learned the lesson about time and being exact.

After Germany, he worked for some time in India, and then he decided to cook on a cruiser which sailed from the Caribbean to Barcelona. Here he meets the world in a bottle, a mix of cultures sailing the ocean. Amit says that this experience, which he gained on the ship, is priceless. Once he ever witnessed a fire which started from the engine deck and spread to the fifth floor. Fortunately nobody was killed, but the sight was unforgettable; quite “Titanic” like. However, after those six months spent on a cruiser, he came to the conclusion that the science of cooking might be better practised on land and so he left.

As a place which has got all the kitchens of the world and many of the world’s best cooks, he chose The USA. He decides to go to Park City and in “my hotel” he signs a one-year contract. He arrives to this place in November 2016 and I get to meet him in May 2017, on my first day at work. After I had received my locker code, I went to the changing room to get my uniform. I did not manage to open my locker and fearing that I would be late on the very first day, I started to panic and tried to find help but the changing room was empty. I went out and found a boy whom I asked for help. He could not help me unlock the damn locker either so we kept looking for help from a third party. In that nervous search I find out that he is from India, that his name is Amit and that we live in the same building. I was pleased when I found out that I did not live there alone and he was happy to get a chance to legally peek into the girl’s locker room. We hanged out the very next day.

Amit’s, just like Aziz’s story, is interwoven with love toward the hospitality industry. I always get surprised again and again by their passion, enthusiasm and pride they put in their work in this field.  Amit has got many “kitchen” stories. Once in India he had a chance to cook for  Donald Trump, before he became president. The restaurant was closed so that the millionaire would have his privacy, and since he had only 15 minutes at his disposal, everything in the kitchen and service had to be lightning fast. They managed to do it because in luxurious restaurants in which he had worked and in which we are working together now, the pressure of haste is enormous and a professional gets used to that.

It is stressful, but Amit does not give up on his dream to open his own restaurant. He has realized that if he really wants to be successful in this job, he has got to, first of all, look after the guests – it is important how they feel, it is not just about their money. It is true happiness and success when you make the people happy when serving them your creation on a plate, when guests go out from your restaurant with smiles on their faces. That comes with culinary skill but also with the skill of making every guest feel important and respected in the restaurant. Only that way does one become a master of this creative and humane work.

Dear Amit, thank you for sharing your story with us! I wish with all my heart for you to succeed, I hope to one day be a guest in your restaurant.

SUBOTICA’S OWN NINA ĆUJIĆ FOR THE MAGLOČISTAČ PORTAL: ABOUT THE DREAMY CITY – PARK CITY

SUBOTICA’S OWN NINA ĆUJIĆ FOR THE MAGLOČISTAČ PORTAL FROM THE USA: EVERYTHING IS UNDER CONTROL – EXCEPT THE TIME

SUBOTICA’S OWN NINA ĆUJIĆ FOR THE MAGLOČISTAČ PORTAL FROM THE USA: EVERYONE’S GOT A STORY TO SHARE